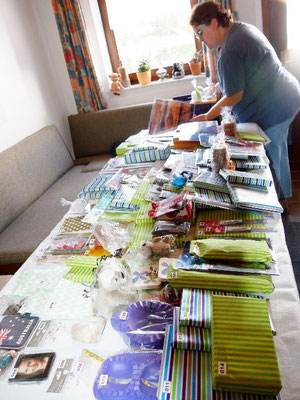 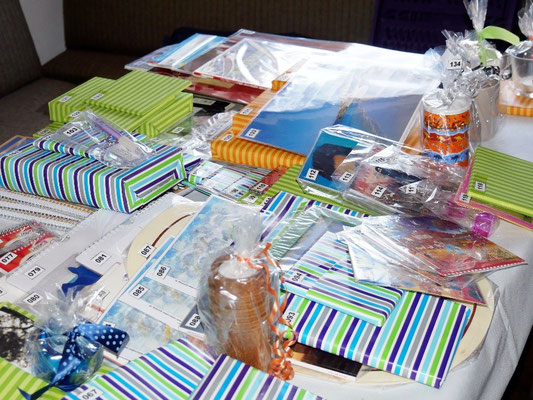 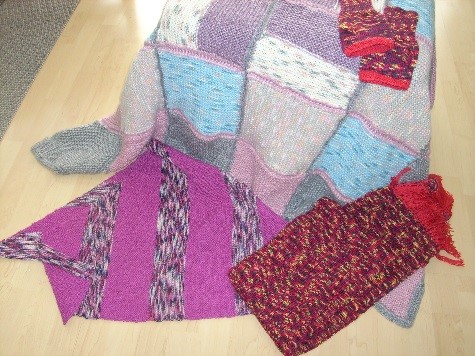 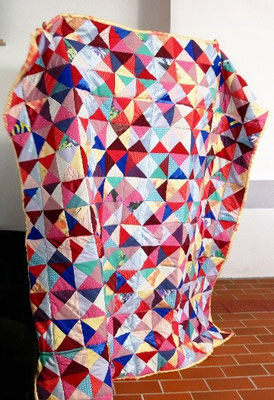 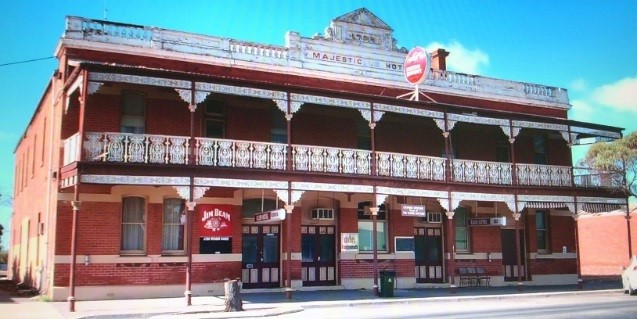 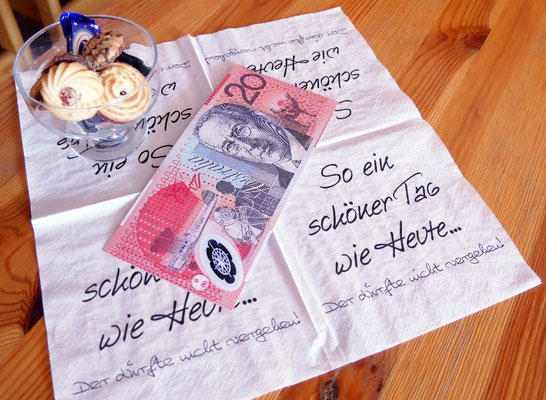 Saturday, August 31, 2019 - The sun is burning. The hairstyle sits. Under the motto, the usual 24th RFDS meeting was held. No, stop! The road did not lead to the metropolitain city of Münster, but to the Outback, to Kölkebeck in the district of Gütersloh, quasi the Minyip of Germany. There, Daniela and Thomas greeted us on their farm ;-).

Around 3:00 pm we started and after the welcome by Renate and Daniela we got greetings from Berti, Britta, Frauke, Nina and Ute, who unfortunately could not be there this time. Already at this point, we hope to see you again to our 25 years of club existence next year! Maybe again on the farm ...

The first program this year, after the welcome by Renate and Daniela, was the Australian children's film "Paul's race against the drought" of 1989. A film that did virtually no words and managed to the viewer through his image, the hardness of the country Australia in mind.
Then we gave ourselves to the forbidden - well o.k. - the legal gambling: BINGO! Not just some bingo, it was the infamous "Dutch Bingo". So famous that our loyal Dutch RFDS fans did not know it. So no Dutch benefits were to be feared. Equipped with professional equipment, bingo fairy Thomas always felt the wrong numbers ④⑬⑲….

Afterwards, we watched an interview with Shirley Smith from 2018/2019 about the preservation of Emma's Café and Garage in Minyip. Oh and by the way: The Majestic Hotel is now a museum! And then it was time again: at the end of August, Christmas, Easter and birthday fell on one day ;-), because Martina opened the raffle. Again, I thought how much work there is to get, pack and number the multitude of winnings!

Then we saw a movie about the work of the Royal Flying Doctor Service of Australia. There was one again aware of what you had previously left his money at the raffle.

Even more money could be got rid of at the popular auction. To get hold of many self-made embroidery items by Siglinde, a picture of Vic and Nancy, a Broken Hill opal, a koala hand puppet, three brochures of Alice Springs and the RFDS, a cushion cover in Koala design, a crocheted fabric plane, a dream catcher, a Broken Hill tea towel, photos of actors with signature, two T-shirts, a DVD BBC Wild Down Under, a commemorative coin, a picture of Guy and Tom, an RFDS plane as a sharpener, a koala puzzle, a picture of Chris and Tom, the mini-series Flying Docs, two crocheted scarves from the Broken Hill RFDS and a self-sewn Anke coverlet.

With strengthened stomach and strengthened nerves one could look forward to such a second bingo round. Ariane was particularly fortunate; she creamed two prizes right away!
Before the quieter conclusion of the meeting followed Renate announced that we have today  taken a total of 755 euros!
With "Hope for a miracle" we then teamed up with Emma, who threatened to drown under a broken-down truck in the river. The dramatic salvage action once again captivated us all ...

Finally, there was, in the now somewhat cooled summer air, a cozy get-together outside the fire.
Well, that was the end of a great day in the Kölkebecker Outback. A big thank you to Daniela and Thomas, who gave us their farm!! We all felt very well in your Australian ambience. The great food and the noteworthy bulging drinks fridge left nothing to be desired!
You, Scarlet Louisa and Pascal, have fulfilled our dining and drinking desires in your own McDonald's store! (If I remember your sign properly, if so, maybe you'll do that sign again next time?)

I think next year we would like to come back, but on condition that the Australian national flag is hoisted on your farm and shows us the way.

Heike, who wrote this report, is looking forward to a reunion in 2020.

SUCH A BEAUTIFUL DAY LIKE TODAY MAY NOT FORGET

Our next meeting will be in Halle/Westfalen on the

Infos about location, routemap and places to stay

Please send an email to Daniela

Please register with Renate or Daniela !!!